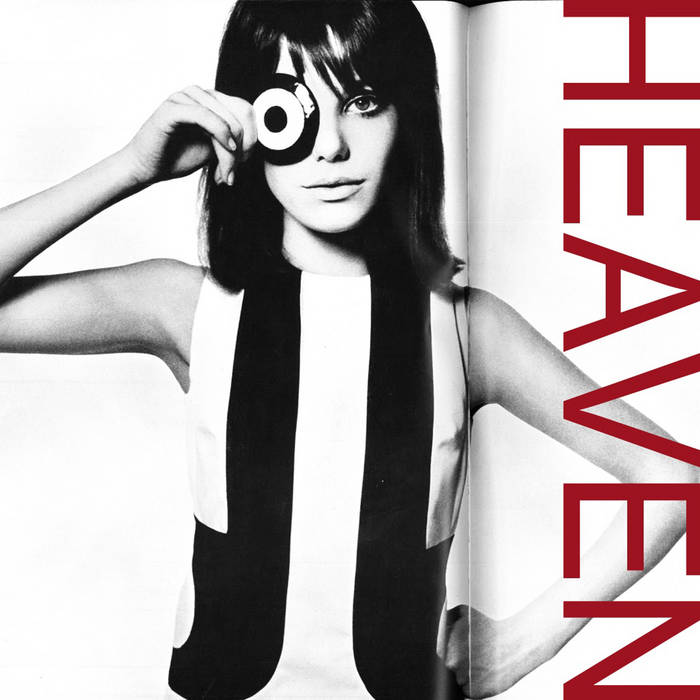 Goodnight Records is excited to announce the release of Heaven's debut album Telepathic Love, out July 30th, 2013. In celebration of the new record, Heaven is debuting a covers EP, featuring "Bizarre Love Triangle" by New Order, "See My Friends" by the Kinks, and "Go Your Own Way" by Fleetwood Mac.

The Brooklyn-based dream pop outfit formed in late 2010 by Matt Sumrow (Dean and Britta, The Comas, Ambulance LTD) and Mikey Jones (The Big Sleep, Swervedriver, Snowden). Galvanized by recent sessions backing Adam Franklin as a part of his Bolts of Melody band, both recording and touring 2010's I Could Sleep for a Thousand Years, the pair was inspired to compose and record some original songs of their own. With Sumrow on guitar and vocals and Jones on drums, the duo filled out the lineup with Ryan Lee Dunlap (Fan-Tan) on keyboards. They honed their sound with extensive touring, including a jaunt with Swervedriver. Sonic teasers were previously offered in the form of a split single with Adam Franklin & Bolts of Melody, which was the world's introduction to "Colors in the Whites of your Eyes," and their eponymous 7", which featured "Mountains Move" and "Falling Apple."

Their proper opening salvo has at last arrived in the form of their debut LP Telepathic Love. The album is grounded by Jones' dynamic percussion locking in with Sumrow's dazzling array of guitar effects, but ultimately song craft trumps structure here. From the opening "Colors in the Whites of Your Eyes," with its serpentine guitar figure and wash of reverb cut from the cloth of halcyon shoegaze such as Ride and Lush, to the curdled psych groove of title-track "Telepathic Love," a certain nascent verve is evinced, that of a band hitting an arresting stride, riding a lighthearted wave of innate propulsion and melodic inventiveness.

The record encompasses a vast emotional and sonic breadth, from the reverb drenched Jesus & Mary Chain indebted harmonies on the epic "Mountains Move," to the wistful, Velvets-esque lullaby "Southern Rain," to the strum und drang claustrophobic snarl of closing track "Centuries," a number that could've wandered the cosmic plank from Spacemen 3's The Perfect Prescription.

Formidable antecedents these are, but Heaven take this hodgepodge and recombine it into something idiosyncratically their own. It's approachable as pop, but beneath the surface lurks vivid bursts and blooms-dynamic fireworks displays of melodies, reverb, and synths-sonic explorations evoking sheer joy and abject sorrow. Invest the listens and you'll find yourself enraptured by their thoroughly beguiling world.