High in the Lasers 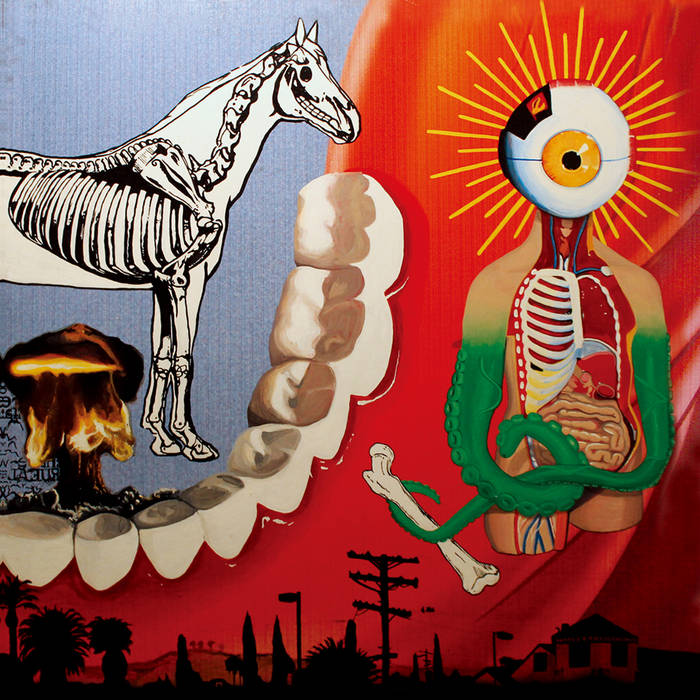 VINYL PRE-ORDER. Release date is March 25th but we will ship out on March 11th. Immediate download of album is included.

Named after a skateboard move, Los Angeles band NIGHTMARE AIR emphasizes sonic momentum, during both live performances and in the studio. Since the bands inception in 2011, the trio comprised of Dave Dupuis, Swaan Miller and Jimmy Lucido, have been filling venues across the globe with energetic massive sound walls, captivating lights, and ethereal vocals.

Released in 2013 the debut studio full-length “High in the Lasers” mixed by Dave Schiffman (Nine Inch Nails, Black Rebel Motorcycle Club, The Mars Volta) andmastered by Howie Weinberg (Nirvana, Sonic Youth, The White Stripes, Yeah Yeah Yeahs) has landed the group as a featured new artist in Filter and Under the Radar magazine, and album on the month in ArtRocker Magazine UK. The release also saw them top many lists in 2013, including Diffuser.fm naming them:

“One of 10 best Modern Shoegaze Bands”   Nightmare Air’s Dupuis, a veteran of L.A. shoegazers Film School (Beggars Banquet Records), and Miller, whose stark 2006 acoustic album on Important Records melted hearts and faces everywhere, meticulously layer boy-girl harmonies, psych noise loops, fuzz-ripped bass, and glam soaked walls of guitars. In their combined years of touring, these road veterans have supported heavyweights from Smashing Pumpkins to The Jesus and Mary Chain to Swervedriver. Headlining clubs and playing festivals around the world throughout 2012 and 2013, Nightmare Air have shared stages with Sonic Youth legend Lee Ranaldo, The Airborne Toxic Event, The Wedding Present, The Duke Spirit, The Buzzcocks, Fishbone, Japanther, Ice Age, and The Cult at a SXSW showcase.
The debut release is available on new indie front line labels St. Marie Records (CD, Digital) and Goodnight Records (Vinyl) as well as Vinyl Junkie in Japan, sharing a roster with Ringo Deathstarr, Adam Franklin (Swervedriver), The Wombats, A Place to Bury Strangers, The Wedding Present, and the Crocodiles.

2014 finds the band hard at work in the studio, as well as preparing for yet another European tour this Spring/ Summer lauding at Plissken Festival in Athens Greece.
The future is bright.